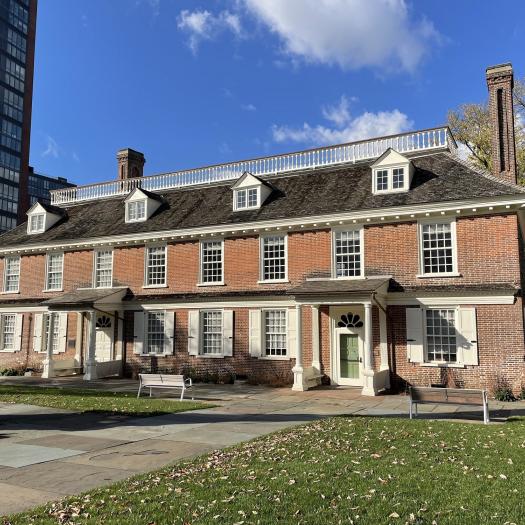 The oldest house in Yonkers, Philipse Manor Hall State Historic Site was built in three stages between the 1680s and 1750s. Dutch colonists, the Philipse family built their wealth through fur trade with the Munsee Lunaape, a global shipping empire, and the slave trade. As the fur trade declined, they expanded their land holdings to include much of what is today Westchester and Putnam counties, populated by European tenant farmers and enslaved Africans. Once the wealthiest family in New York, as Loyalists during the American Revolution they fled to England following the war. In the 19th century the manor hall became Yonkers City Hall, was saved from destruction in 1908, and became a historic site. Today, two floors of interactive, ADA-accessible exhibits tell the story of the confluence of cultures between the Munsee Lunaape, enslaved Africans, and European colonists on the Philipse lands. The museum also features a gift shop, community gallery, and park grounds in the heart of downtown Yonkers.
Click For More Information
Open hours:
Sunday: 10:00 am-5:00 pm
Monday: Closed
Tuesday: Closed
Wednesday: 10:00 am-5:00 pm
Thursday: 10:00 am-5:00 pm
Friday: 10:00 am-5:00 pm
Saturday: 10:00 am-5:00 pm
Web Service

You have no education resources added; you can add one here.